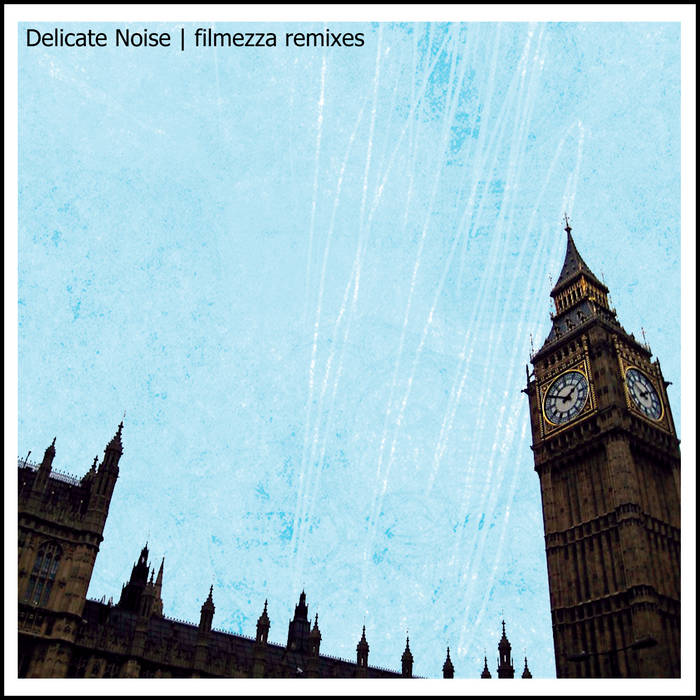 Delicate Noise returns with the companion release to 2009’s Filmezza, with an intriguing collection of remixes from an even more intriguing list of talent. From established electronic artists to young, up and coming artists from around the globe - Filmezza Remixes is a diverse yet cohesive collection of tracks that finds the Delicate Noise sound reaching out into new sonic territory.

Filmezza Remixes features the work of:

Sunao Inami (Japan) - has an extensive knowledge of both analog and digital synthesis and is also a key figure in the field of wavetable synthesis. He is the founder of the Electro-ohm label and has toured throughout the world.

10-20 (UK) - is influenced by the coastal and elemental forces of the environment of his homeland, evident in the scope of intricate sounds layered and woven into the rough shorn textures of his music.

Document One (Iceland) - is a young musician influenced by a broad spectrum of music from the 60’s and 70’s all the way up to modern and current sounds.

Heinrich Dressel (Italy) - is founder of the MinimalRome label and also performs under the name Composite Profuse. His sound is a mixture of archeological soundtracks, horror movies and psychedelic electronics all made with vintage analogue synths and solo improvisations.

Knowing Looks (Canada) - resides in Toronto and has toured Europe, the Middle East & the former Soviet republics just to name a few.

“Throughout the album there are elements of bleak and stripped down electro house, minimal soundtrack and psychedelic art, art-noise, atmospherics, and synthetic electro. Eclectic and essential.” - Smother.net