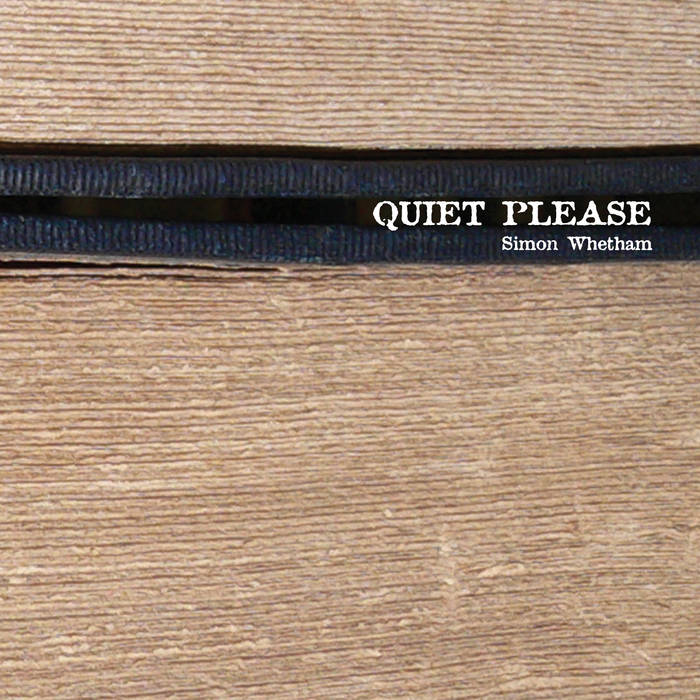 In 2006, Simon Whetham was invited to perform a sound composition using field recordings at the Collision Festival in London. Originally he proposed sounds captured in Iceland as the raw materials for the piece, but decided after attending meetings for the festival to create something more site specific. After some research one feature of Peckham, the area of London the festival is based, stood out - literally. Peckham Library. This is a six story building that stands out from all of it's surroundings. Copper panels cover two sides, while the rear has multi-coloured glazing and the front has a huge four story overhang. Simon spent a day in this imposing building, capturing sounds of everyday life in and around the library, the sonic character, then composed with and manipulated the sounds, and performed the work to an appreciative crowd in September 2006. 'Quiet Please' was intended to be a one-off performance, but Simon kept returning to the recordings, finally committing the set to tape - or rather hard drive.

Described by Rinus Van Alebeek, organizer of Das Kleine Field Recording Festival in Berlin, as 'a novelist', Simon produces episodic and dramatic works, composing from field recordings he has gathered during numerous projects and international travels. Simon has worked with Scanner and Francisco Lopez, his work taking him to countries including Mongolia, Brazil and Estonia, and had recording projects released through Entr'acte, Trente Oiseaux and Gruenrekorder. His release for Lens Records is published by Touch Music.

Limited edition release of only 100 copies!