by Richard Sanderson and Mark Spybey 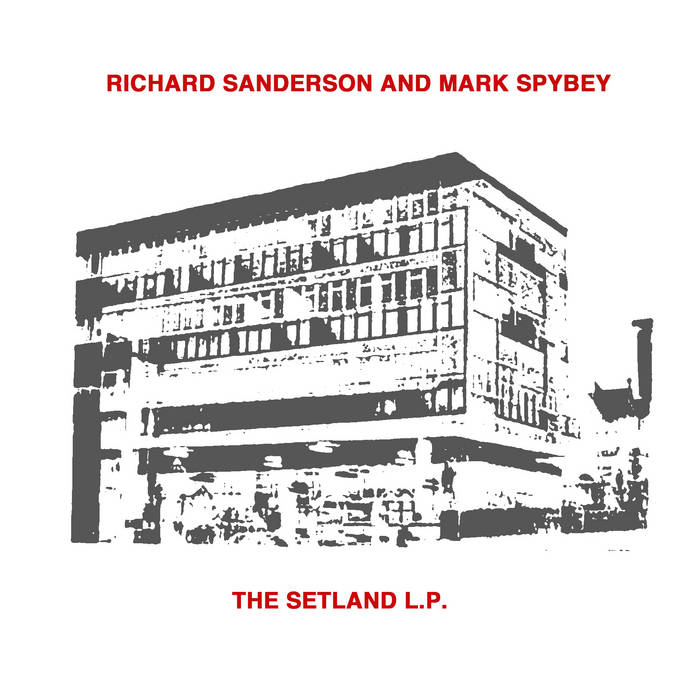 Richard and Mark have been friends for nearly 40 years and have collaborated together episodically. One such episode took place in London in 1992, shortly before Spybey moved to Canada. The duo revisited some of the songs they had played together in Drop and within the space of 24 hours had assembled a hastily mastered cassette tape of diverse material. Over the years both spoke of releasing the material but for a number of reasons, it just never happened. Spybey mastered the material from the cassette tape weeks before it was destroyed in a flood in 2005. He subsequently manipulated some of the music and finally, it will be released via digital download only courtesy of Chicago’s Lens Records.

The Setland L.P features a number of songs written by Sanderson dating back as far as 1978. On the recordings, Richard played guitar, bass, keyboards, sax and sang. Mark played drums, trumpet, keyboards, backing vocals and toys. The songs are short, staccato and spiky. It’s no wave, it’s textured, minimal ambience, it’s an homage to some of the bands who inspired the duo and it’s an album born out of the beauty of the industrial landscape that they grew up in; of deserted docks, redun- dant remnants of the once proud iron works and the piercing cold of the wind blowing in from the North Sea. Moreover, it’s a record of the duo’s friendship, one that has weathered relationships, time, hairstyles, continents, movements, the poll tax and fads. It is a relationship that continues to be rooted in their love of music and the capacity that they have to inspire each other.

Both Sanderson and Spybey have experienced success in their respective careers since this album was first recorded. The Setland L.P is a teasing insight into the work that they have done together over the years that, until now, has remained unreleased.

Part two may or may not happen.